As we all know concrete elements in interiors are a new trending thing right now and we are always open in finding out new ways to integrate them into our houses. A Brazilian architecture firm called Vitrô Arquitetura has renovated a 1960s apartment in São Paulo, revealing structural concrete pillars and brickwork walls.

This home we are going to talk about is called Pompeia. The first thing that the architecture team did was to create a better circulation inside the house by modifying the original floor plan so as to create a largely open space which will bring people together. Demolishing the walls separating the entrance, living room and kitchen area lead to a wide and bright open space.

“The kitchen was dark because of the main wall that used to divide it from the living room,” Favaro told. “Throughout the day, the sun that comes in from the windows in the living room couldn’t pass.”.

Red-toned brickwork and concrete pillars uncovered during the renovation process were left exposed. This gives the home a slightly unfinished, industrial and modern look.

In the bathroom, a concrete slab forms a long sink and shelving system, while hexagonal yellow tiles from the existing design remain in place across the floor. Matt-finished cupboard fronts in monochrome colors contrast with a brick wall in the kitchen.

Original wooden flooring has been replaced by granilite – a smooth-surfaced material made up of cement mortar mixed with water, powdered marble and stones, which is often used as a cheaper alternative to granite.

Colorful rugs and furniture, including Ron Arad’s ripple chair for Moroso, are teamed with plants and flowers to create an informal atmosphere.

A definitely clever and inspiring way to use concrete inside of a house! 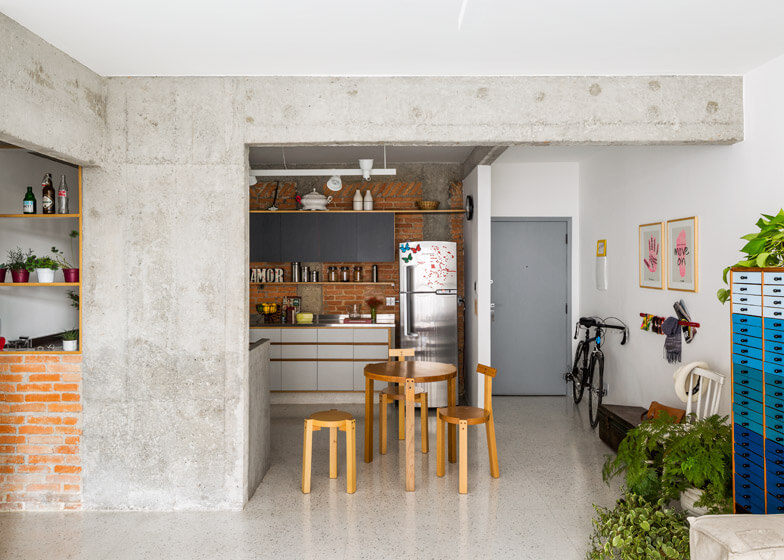 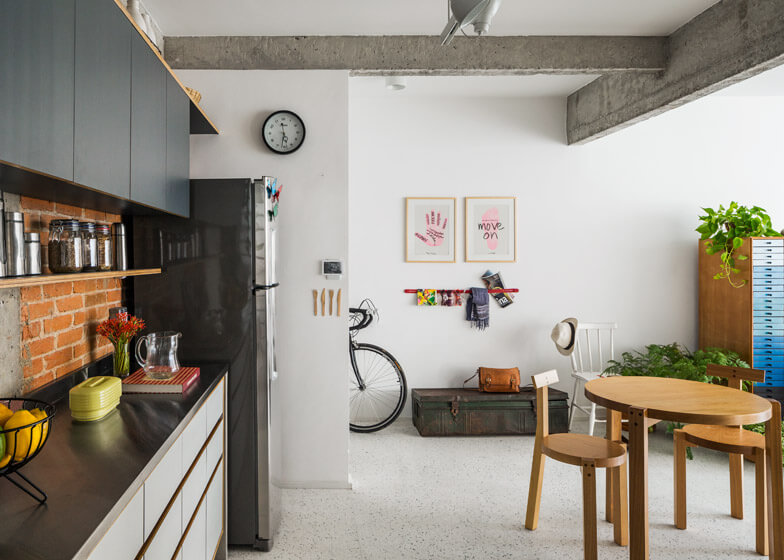 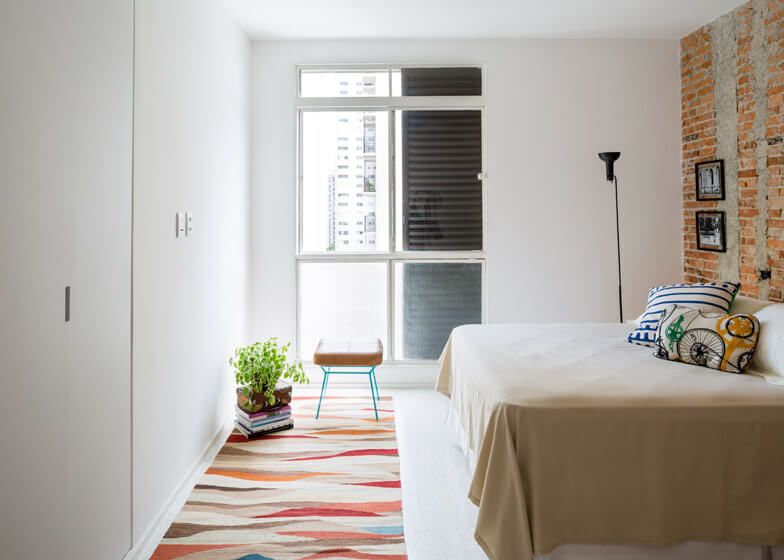 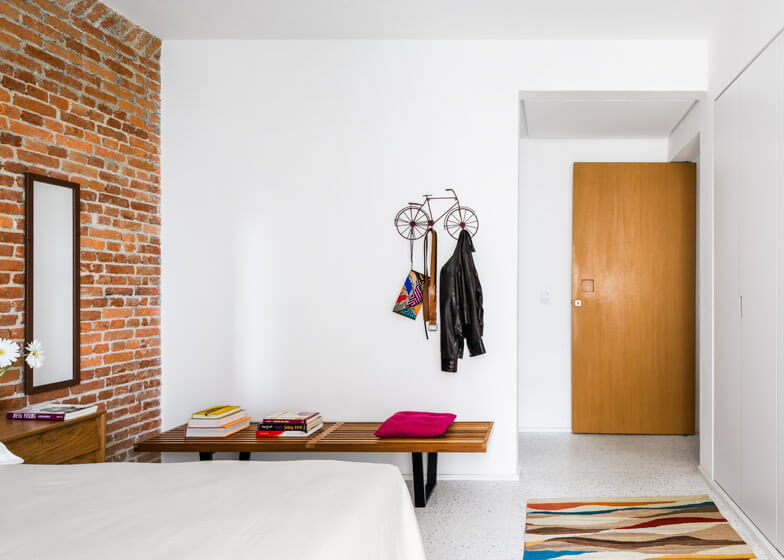 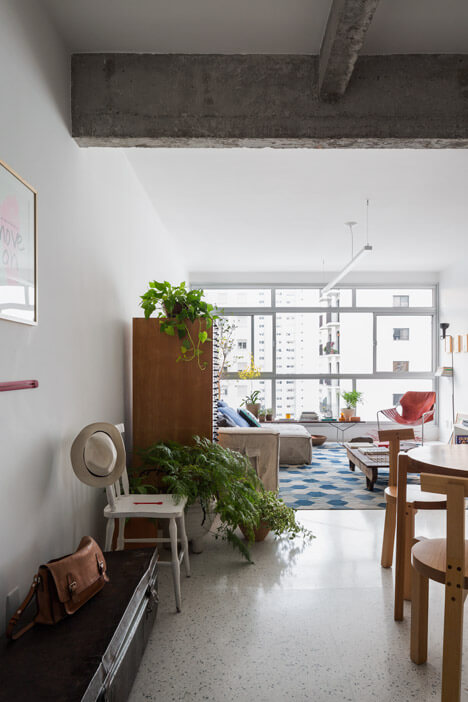 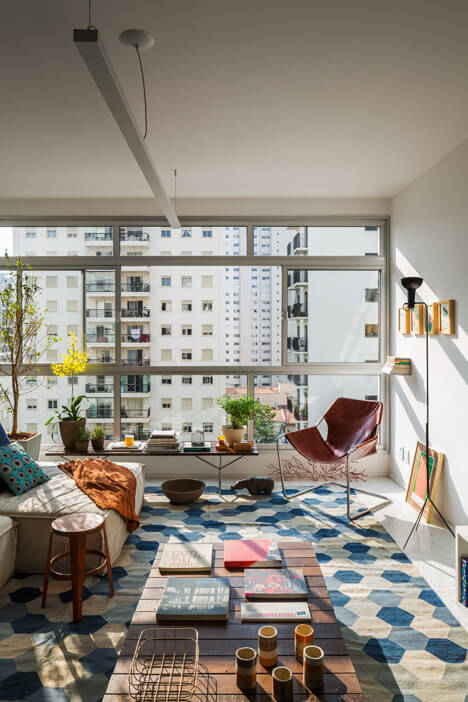 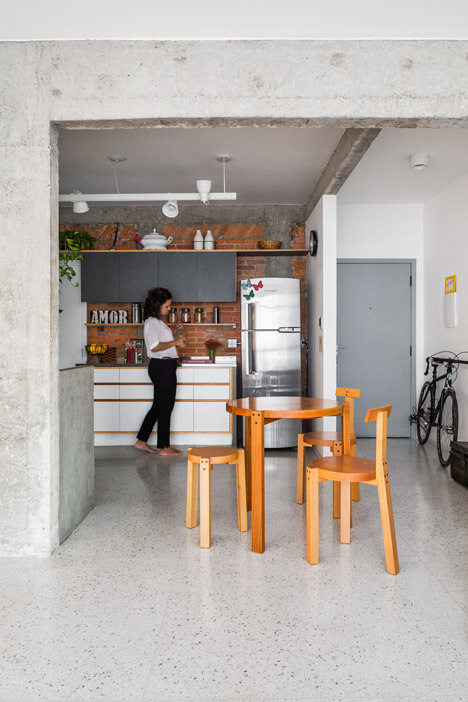 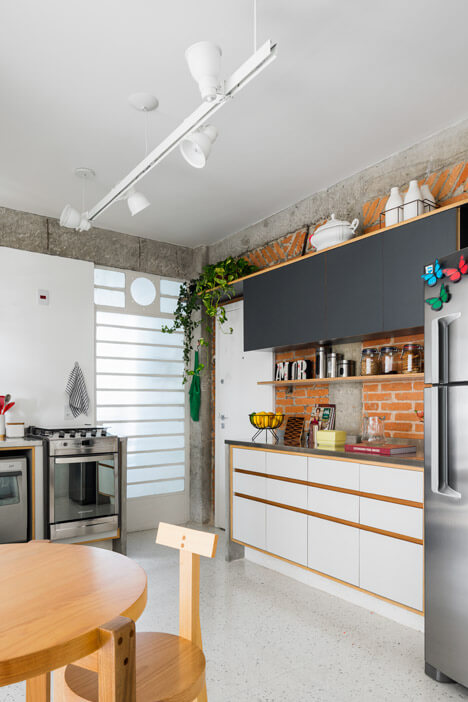 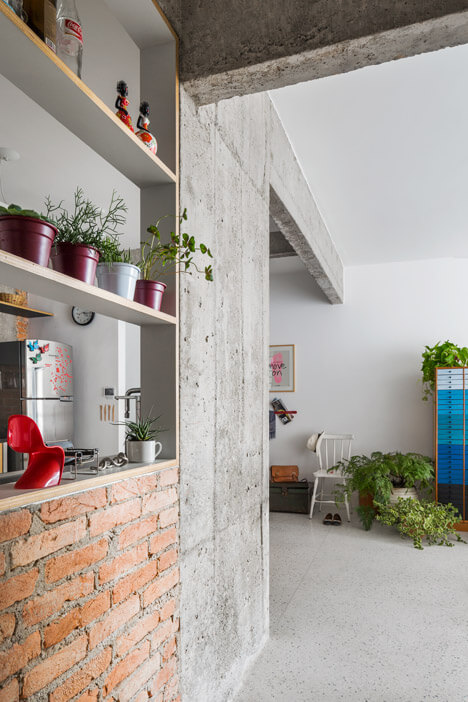 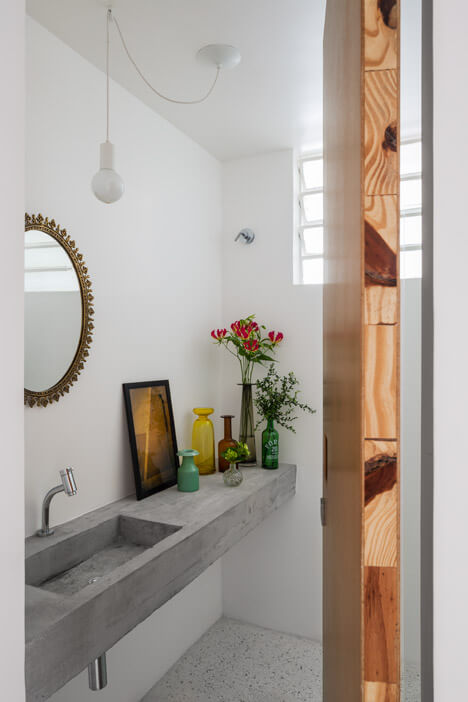 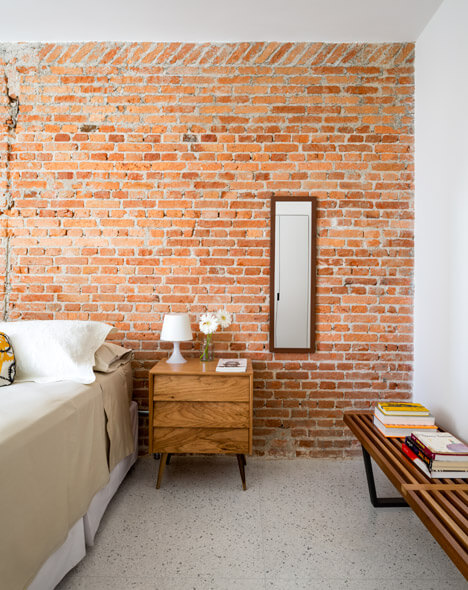 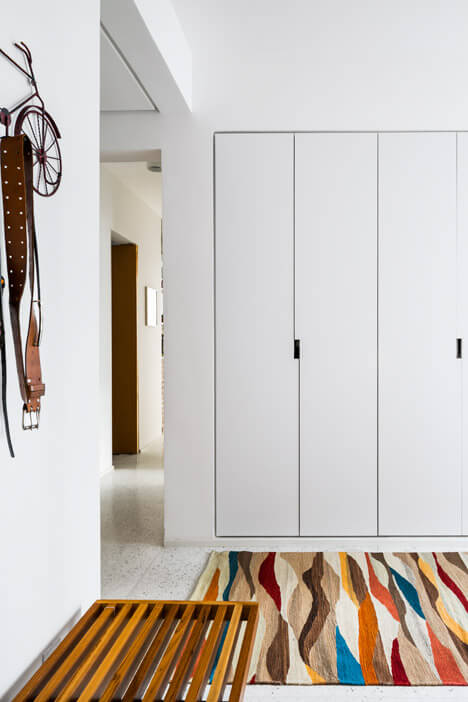 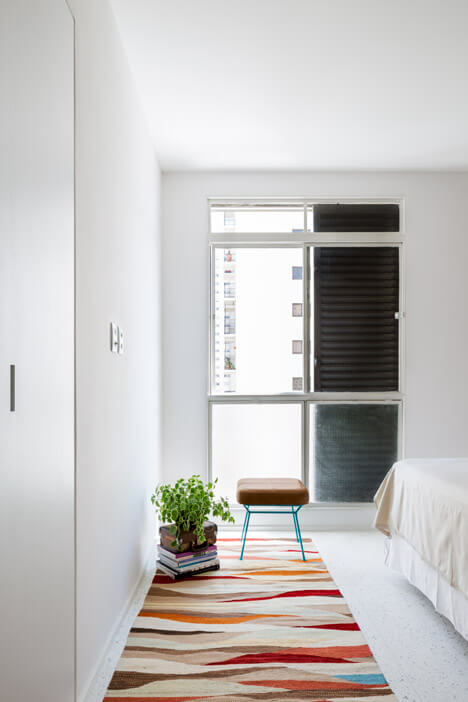